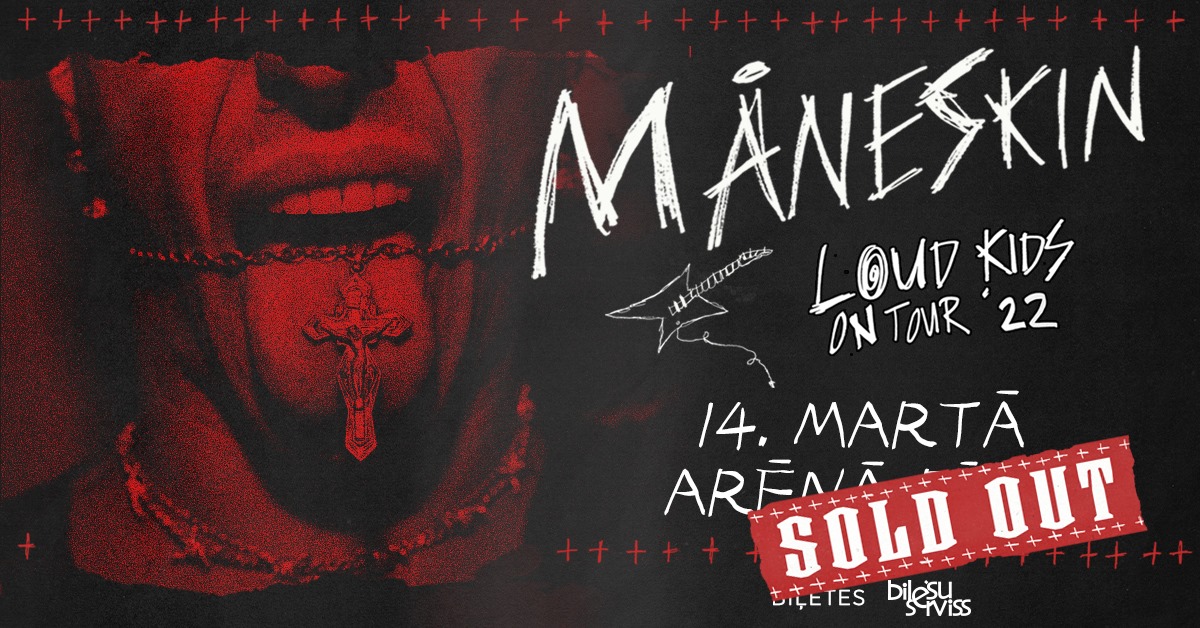 Måneskin won the 71st Sanremo Music Festival with their song “Zitti e Buoni”, and then conquered the Eurovision Song Contest in Rotterdam, winning first place and enjoying remarkable success worldwide, earning in just a few weeks several gold and platinum records in more than 15 countries.
Their second album “Teatro d’ira – Vol. I” was released on March 19, 2021 and will be followed by a sold-out tour at sports arenas across Italy that will kick off in December 2021, as well as by a tour across Europe’s greatest Music Festivals, which is scheduled for the summer of 2021 and of 2022.
On July 15, 2021 the video for “II Wanna Be Your Slave” premiered worldwide on YouTube, topping 6.7 million streams in just 24 hours, becoming a hit song in 67 countries and climbing to #1 on YouTube Italia and to #20 on the global top artists chart.
Måneskin have broken a number of unprecedented records, peaking to #1 on the Spotify Global Top 50 Chart with “Beggin’” that, together with “I Wanna Be Your Slave”, cracked the UK Singles Chart – both songs in Top 10 – thus becoming the first Italian band in the history of music to crack the UK Top Ten Chart with two singles at the same time.