Akira Kurosawa, Francis Ford Coppola, and George Lucas during the production of KAGEMUSHA, 1980. 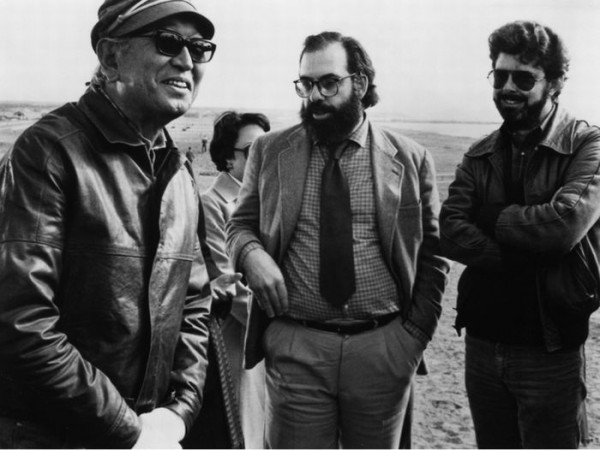 The Academy of Motion Picture Arts and Sciences will salute the life and career of director Akira Kurosawa during a three-month celebration that will include a retrospective screening series and a new exhibition showcasing the director’s original artwork, which has rarely been seen outside of Japan. The kickoff will be Thursday, September 18, at 8 p.m., when the Academy will premiere of a new restoration of the 1950 masterpiece “Rashomon” in the Samuel Goldwyn Theater. Hosted by Los Angeles Times film critic Kenneth Turan, the evening will include a panel discussion with Kurosawa’s collaborators, friends and family, including son Hisao Kurosawa, who is the head of Kurosawa Productions. Following the film and discussion, the new exhibition “Akira Kurosawa: Film Artist” will be unveiled in the Academy galleries in Beverly Hills.